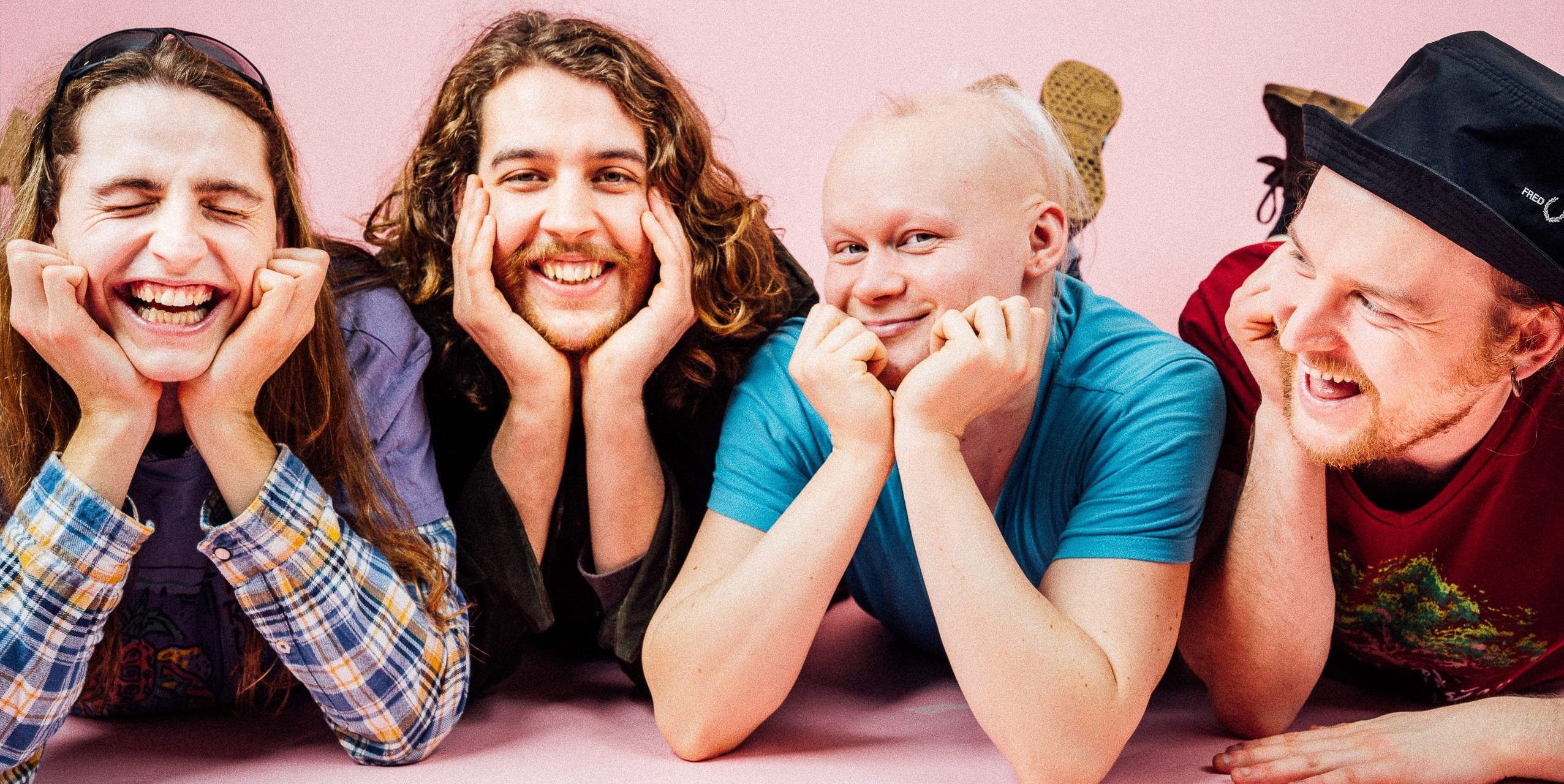 There’s a pleasing irony to the fact that the oldest song from York quartet Bull’s forthcoming debut ‘Discover Effortless Living’, is a jangling, harmony-drenched offering entitled ‘Green’. Dating back to 2012, shortly after the group of then-young teenagers first formed, it introduces a band that – though still only in their mid-twenties – are actually far from wide-eyed apprentices on the scene (the green newcomers you might expect); instead, vocalist and chief songwriter Tom Beer, guitarist and fellow original member Dan Lucas, bassist Kai West and drummer Tom Gabbatiss have notched up more than 500 gigs to their name, honing their wares over nearly a decade of graft and emerging with a record that stands as testament to that long-term, tight-knit bond.

On their debut, Bull have undeniably captured a lot of magic. Adorned with an Art Attack- style giant collage made by the band themselves (“I spent a month in the run up just walking around Scarborough, going down alleyways and finding anything with a nice colour or texture and shape – wood, a turquoise toilet, a pink apple, shit in skips…” recalls Tom B), its insides are just as playfully familiar yet pleasingly new as its sleeve. From the purposeful naivety of ‘Love Goo’ to the intimate vocals of forthcoming single ‘Eugene’, the irrepressible melodic sensibilities of opener ‘Bedroom Floor’ to the wonkier, more percussive ‘Smoke’, ‘Discover Effortless Living’ sounds like a lost alt-classic – one that could nestle in happily alongside any of their heroes on the record shelf, but with a personality and rapport that’s entirely Bull’s own. bulltheband.com

Fully accessible all on one floor although there are cobbled floors which are uneven in places and may be an issue. Disabled toilet, ask at bar for key. Full gender neutral toilets. If you require a carer ticket, please contact us at info@lovethyneighbourmusic.co.uk with evidence such as a blue badge or access card. If strobe lighting or standing for long periods of time is an issue, please contact us in advance so we can make arrangements.