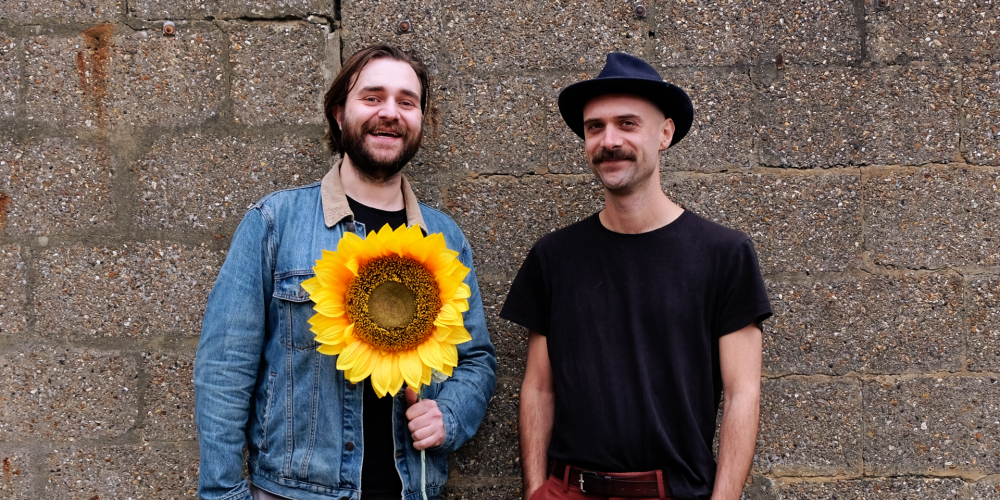 Tickets also available on the door.

Frauds have been relentlessly touring and playing across the UK for the past few years. They have come a long way from their hometown of Croydon especially for a project that “was an excuse for a bit of fun” Chris explains “We’ve played music together since we were teenagers and we both took a break after a previous project fell apart”. When we decided to make music again all wanted to do was to have fun and make something that we like” This has now resulted in a savage sound that blends their influences of Mclusky, The Jesus Lizard and Tom Waits together.

Chris and Mikes bond is deep and their enjoyment of what they do is what draws people in. The band have shared stages with Idles, Mclusky, Slaves & Jamie Lenman (JL has been a huge champion of the band) and played 2000 Trees Festival in 2018 & 19. Their live following grew exponentially in 2019 with Steve Lamaq playing the bands standalone single “Putins Day Off” on his BBC Radio6 show, which culminated in a sell out show at The Victoria Dalston in February 2020.

2020 was set to be a huge year before the pandemic hit but luckily Frauds had already recorded their second album just before the initial UK lockdown hit. The album was recorded in Belgium at a studio that heroes Raketkanon recommended. The result is the new album “Long Spoons” which is being released in the tail end of 2021 by the wonderful Alcopop! Records along with a UK headline tour and some festival dates sprinkled in.

Plus support from The Pleasure Dome + Regal Cheer