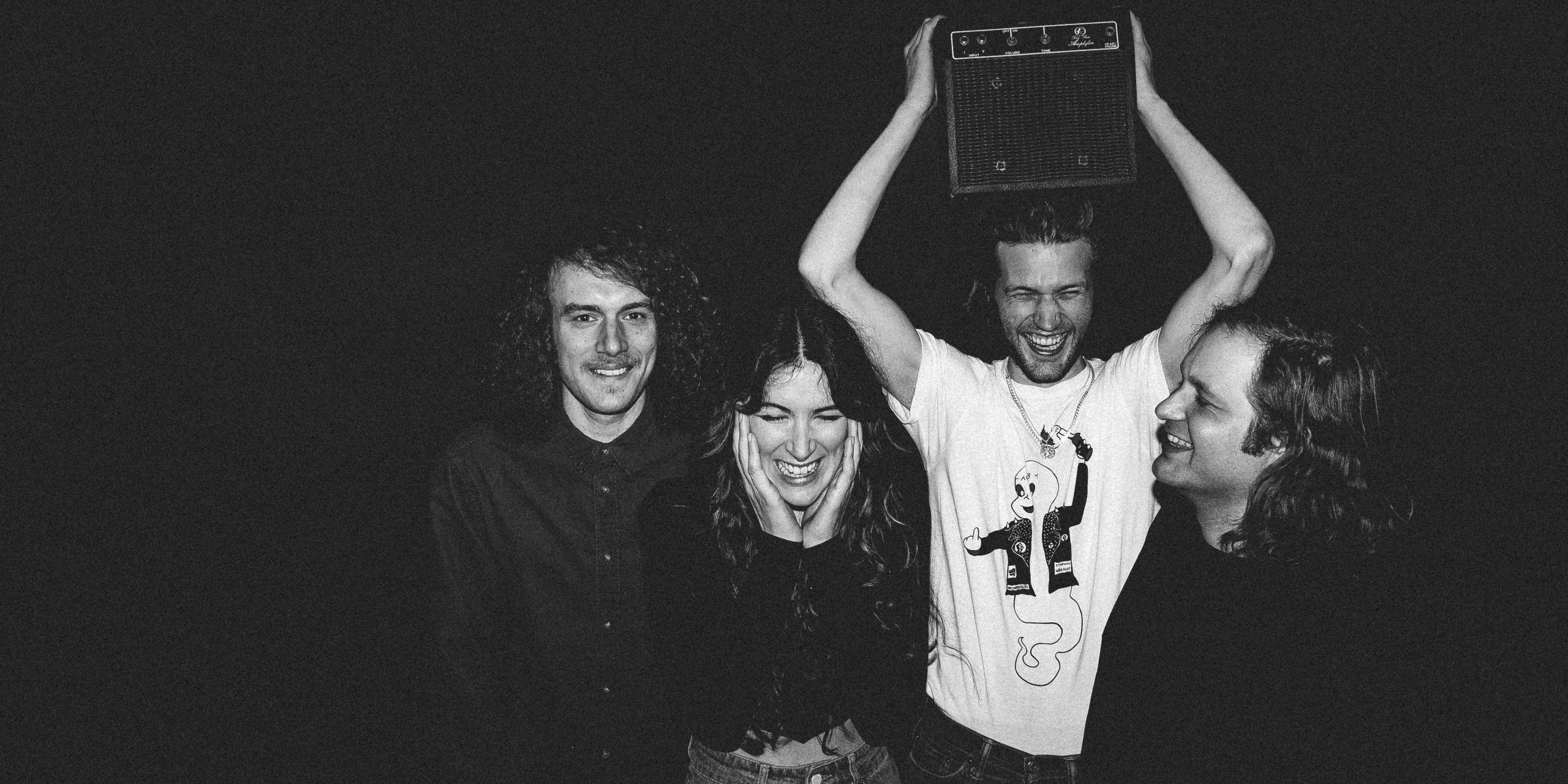 Get tickets above with no booking fee or from:

At the same time as recording their third full-length album, former Catholic chorister and the lead vocalist of Black Country rock trio God Damn, Thomas Edward, was suspended from his teaching job for destroying bibles. “It really wasn’t even that satanic, I felt that little baptised choir boy kick in as I was ‘recycling’ them and said, “Lord have mercy on me”. A colleague filmed the whole thing and a member of staff emailed it into the school, pretending to be a put-out parent. I think I saw it as separating the state from religion.” Themes of religion, spirituality, society, and politics permeate throughout their forthcoming self-titled album out on One Little Indian Records.

The lauded band recorded the album live over the course of just a few days with legendary producer Sylvia Massy (System of a Down, Smashing Pumpkins, Deftones, Johnny Cash, REM, Slayer, Babes In Toyland, Tool), even taking to a disused tube station to record parts for the album. “We needed that booming, reverberant drum sound with lots of decay. We recorded in Aldwych station, known for the storage of priceless art during wartime and the setting of the Prodigy’s Firestarter music video.

The lead single ‘Dreamers’ opens the album with a visceral explosion of dense, chunky guitars, Edwards’ signature croon rips through the centre. “This song is a foretelling of what will follow on the rest of the record. The themes are societal, the guitars are tuned right down to the first letter” he says. Following on, ‘High Frequency Words’ is reminiscent of The Eighties Matchbox B-line Disaster, it bolts the listener into submission, possessing all the power of a heavy rock classic but encased within a pop framework. “There is freedom of speech and there is being knowingly, unacceptably offensive. You should balance politics and identity.” This has always been God Damn’s charm, but on album three their unique magnetism and flair is well and truly honed. They are a band that has come into their own, writing and releasing on their own terms and without submitting to expectation.

Plus support:
TAYNE is a London based Experimental, Noise Rock band. TAYNE’s music has been described as an aural assault, grounded in Industrial soundscapes they weld atmospheric vocals, punishing guitars and pulsating electronics create immersive and intense sounds. tayneband.bandcamp.com

Lambrini Girls: “Despite being named after the beloved perry drink this Brighton three-piece’s sound is neither light nor fruity. You should instead expect to knock back raw, face melting garage-punk and ruddy well like it” lambrinigirls.bigcartel.com