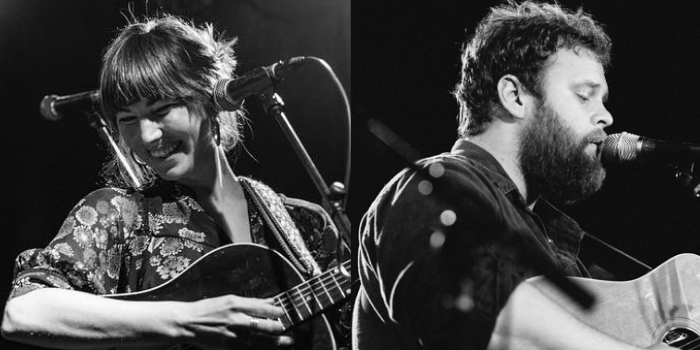 We’re sad to say this show has been cancelled, refunds from point of purchase. We hope to get both Anna and Jeffrey back when there is less uncertainty in the world… This from Jeffrey and Anna: It’s breaking our hearts to say this, but once again, we’re going to have postpone our European tour due to COVID-19. We were hoping that this would all be sorted by late summer but that doesn’t seem to be the case. Please know how much we miss playing for our friends overseas and that we’ll be back as soon as it’s safe to hang out again!

Portland, Oregon singer-songwriters Jeffrey Martin and Anna Tivel will be performing on 1st September at The Greys. Earlier this year, Tivel released her critically acclaimed album The Question on Fluff & Gravy Records. Rolling Stone, NPR, and Billboard all praised its songwriting and production. It was listed at #1 on Paste Magazine’s “Ten Essential Folk (and Folk-Adjacent) Albums of 2019” and NPR called it “one of the most ambitious folk records of the year.” Tivel was also recently recognized with the ASCAP Foundation’s Sammy Cahn Award and the No Depression Singer Songwriter of The Year Award.

Touring on the strength of his most recent release One Go Around (Fluff & Gravy Records), Jeffrey Martin has built a loyal and enthusiastic fan base throughout the US and Europe. With rich lyrics that often present poetry as dark prose, Martin’s songs have drawn comparisons to literary giants William S. Burroughs and Cormac McCarthy.  www.annativel.com www.jeffreymartinmusic.com.

There is a step down into the bar from the road and the toilets are on the first floor. It would be possible to place a chair near the stage, but the view might be obscured if the show is busy. If you require a carer at the venue, please contact us at info@lovethyneighbourmusic.co.uk for guestlist, with evidence such as a blue badge or access card. If standing for long periods of time is an issue, please contact us in advance.