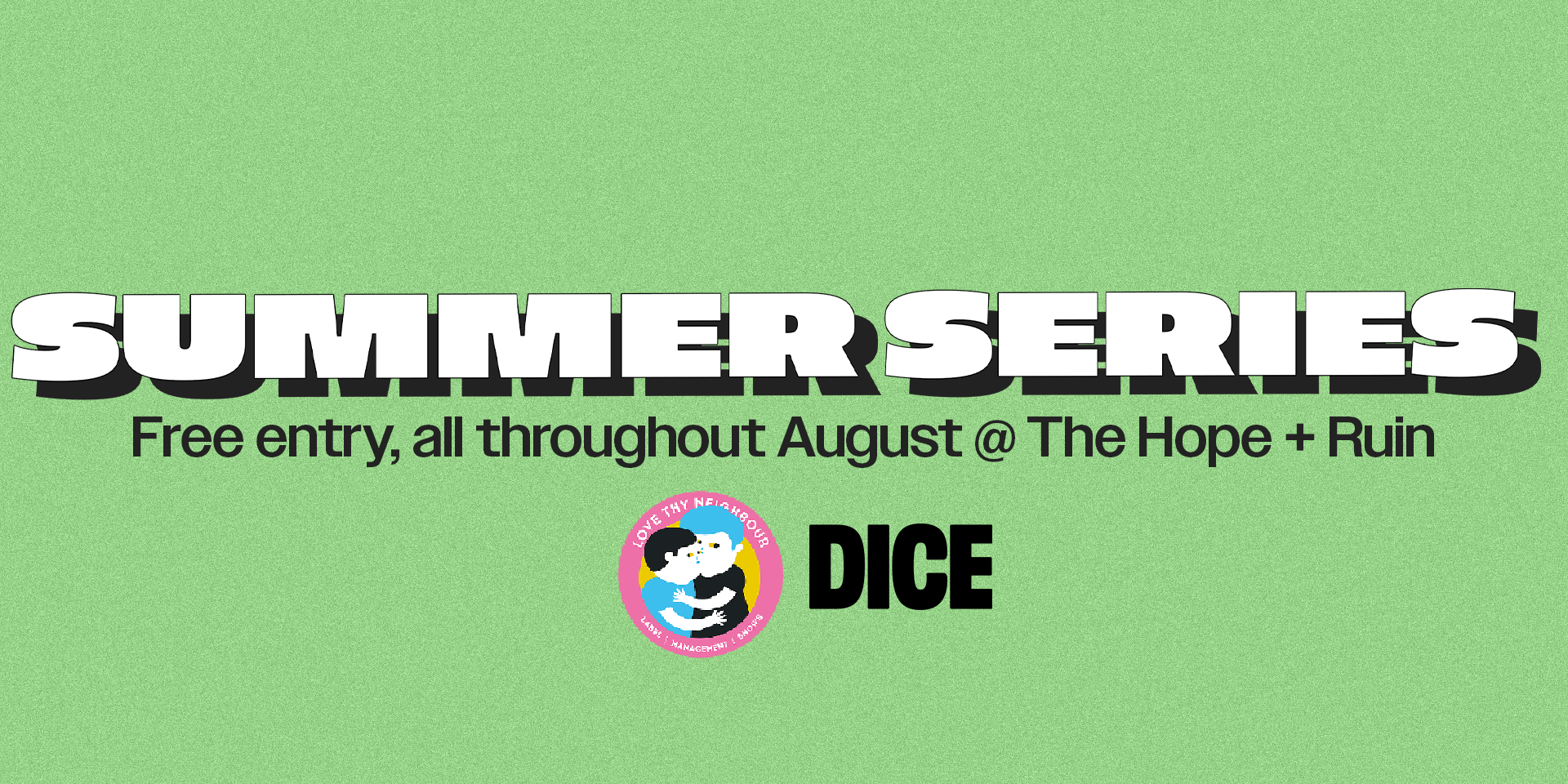 LTN Summer Series, all throughout August- free entry, downstairs at The Hope & Ruin.

Where there is smoke, there is fire. And where there is KIEFF, there is jubilation. This four-piece is defined by its intriguing presence and their ability to raise eyebrows. Love for sonic onslaught, chaotic harmonies and the unusual appears to be the formula for creating mesmerising and boundless orchestrations. Pleasant, yet intriguing chaos often resides in catchy resolutions and the vocals are applied in the same fashion. KIEFF’s compositions are mind-breaking, but they will never leave you broken.  When enough is enough, KIEFF embraces us with comforting and pleasant harmonies, creating an undeniably convincing listening experience.  https://kieff.bandcamp.com/

Having supported Girl Ray, Let’s Eat Grandma, Audiobooks, Katy J Pearson and Insecure Men, so far, 2022 has been a bit of a whirlwind for divine disco diva – and recent Moshi Moshi signing -Vanity Fairy. Her debut EP, Love From Above lives in a space of pulsating four-on-the-floor rhythms, probing Moroder synths and ascendant sugar-sweet strings. Fairy, with her shimmering vocal falsetto (which has been compared to everyone from Kate Bush to Grimes to Barry Gibb) spins a nostalgia-laden world that plays with kitsch-pop tropes and revels in the hedonistic indulgences of classic disco.   A failed actor, writer, administrator, waitress, seamstress, builder and decorator, Vanity Fairy now has her hopes pinned on international pop stardom. https://vanityfairy.bandcamp.com/

Lazy Queen entered the Norwegian music scene as a blast of fresh air, making the move from New York, where Colombian-Norwegian Henrik García Søberg founded the band. The Oslo-based outfit effortlessly blends harmonic and discordant elements together with an instinctive ear for melody into a playful, innovative and vibrant sound, which affixes both context and contrast to lyrics that often explore life’s more maladjusted corners. Like Clash Magazine puts it, “their penchant for bouncy, punk-infused electro-pop allows them to deliver poignancy with a sprinkle of sugar”. It’s immediate. It’s urgent. It impatiently demands your attention. https://www.lazyqueenband.com/

Having released across compilations and 2 ‘Prom’ singles on Slow Dance Records, Platonica Erotica accumulated a devout following amongst the London Underground scene, playing live at cult venues like The Windmill in Brixton and being invited to play at The 100 Club by Black Country, New Road, whose special edition mixtape she also contributed to. Her musical stomping-ground has also extended to playing gigs with Matt Maltese, Tiña, The Rhythm Method and Famous. Self-described as ‘the Greek god of singing karaoke to your crush (in your imagination)’, she lavishes listeners with cultural references whilst always spooning in a healthy dose of humour, name-dropping John Updike and Socrates. Her songwriting draws upon influences from Jonathan Richman, Rodgers and Hammerstein, Peggy Lee, Lou Reed, and the adolescent drama of The Shangri-Las. She expertly ricochets from the sweet to the vicious over lush choral harmonies and pea-sweet bedroom production. https://www.slowdance.co.uk/artist/platonica-erotica

Party Dozen are a duo from Sydney made up of Kirsty Tickle (saxophone) and Jonathan Boulet (percussion and sampler). Since forming in 2017, they have become renowned in Australia for their incendiary live shows, touring and playing with acts such as LIARS, Tropical Fuck Storm and Viagra Boys. Exactly what Party Dozen are is completely up to the listener. Doom. Jazz. Hardcore. Psychedelic. No-wave. Industrial. Although largely instrumental, their sets are punctuated by Kirsty’s unique “singing” style, screaming into the bell of her saxophone which itself goes through a bevy of effects pedals. Intensely independent in everything they do, the duo write, perform and record everything themselves. https://www.instagram.com/partydozen/