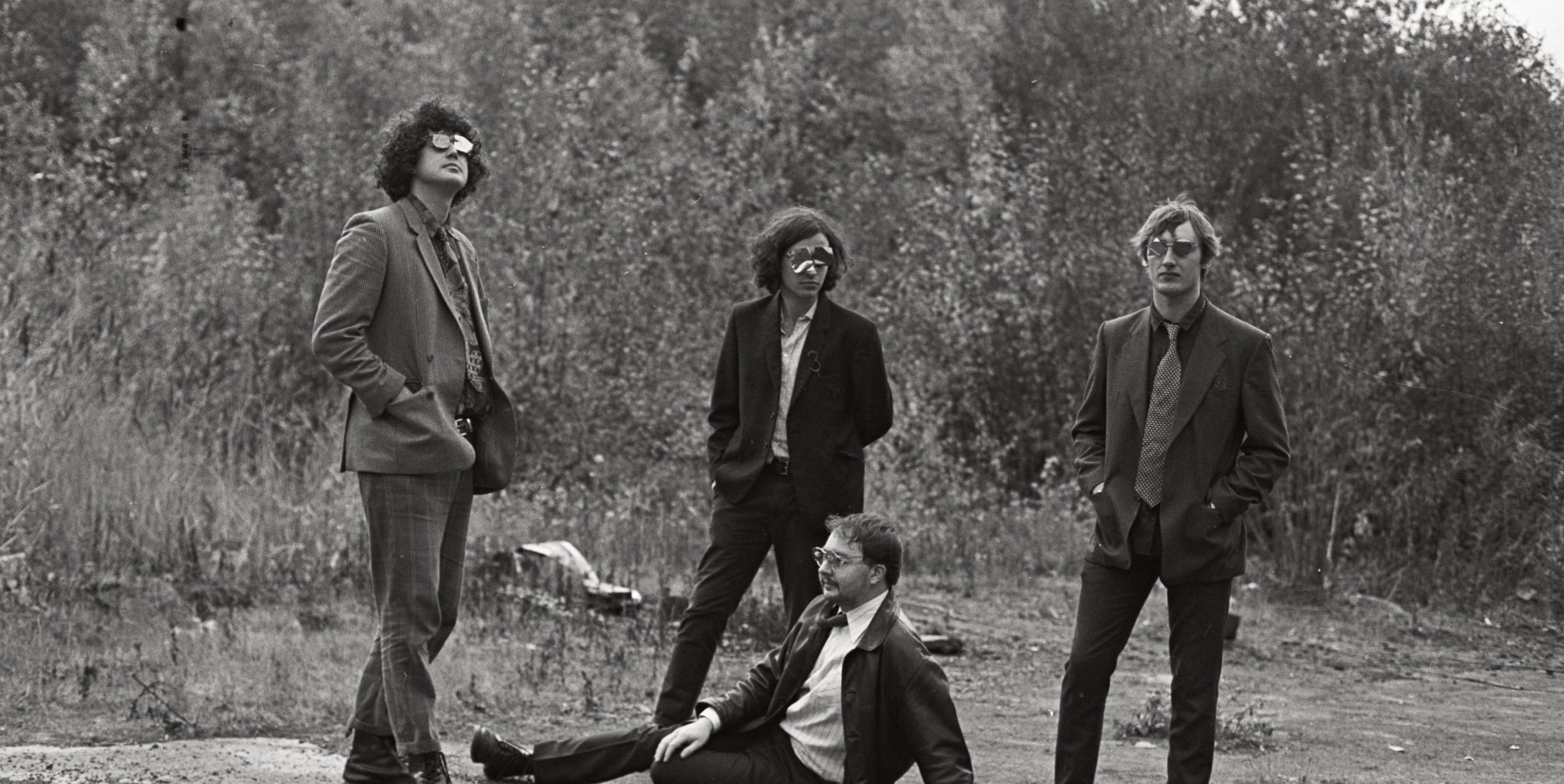 Get tickets with no booking fee above or from:
Resident Music: 01273 606312
Seetickets
Dice

Mush, the Leeds band who specialise in wryly-observational, exquisite lo-fi guitar pop, have signed to Memphis Industries; their debut EP ‘Induction Party’ was released last year and you can hear lead single “Litvinenko” below. Recorded at Glasgow’s thriving Green Door Studio with Ronan Fay (also guitarist of ascendant Scottish rockers Sweaty Palms), the EP’s six tracks follow the proud lineage of art-rock from both sides of the pond. Mush cite Pavement, Sonic Youth, Television and The Fall as their primary influences: “fundamentally we identify as music fans as much as artists. I write music that I want to hear for my own enjoyment,” says vocalist / guitarist Dan Hyndman. “I’ve always admired people who can create visceral and inspiring art without carrying on as some transcendent being. Having your influences on your sleeve and being open is just an extension of that.”

There’s both consolidation and progression at play on Induction Party. The four-piece – Hyndman, guitarist Steve Tyson, bassist Nick Grant and drummer Phil Porter – are now cemented as more of a song writing entity than the “noise project” they would describe their early incarnation. Debut single “Alternative Facts” (released on a Too Pure Singles Club 7”) received regular radio play from Marc Riley, Steve Lamacq and Matt Wilkinson despite clocking in at a glorious ten minutes. Much of Induction Party hones “Alternative’s Facts”’ and follow-up single, the BBC 6 Music playlisted “Gig Economy”‘s slanted take on social and political trends.

Mush have idiosyncrasies all of their own and Induction Party is far more than an endearing homage to the bands listed above. Hyndman’s excitable half-sung, half-yelped vocal snipes and lolls around each song as though sometimes even he doesn’t know where the melody’s going to go next. There’s a sense that not a second of music’s been wasted, a refinement in the band’s song writing process that means nothing clocks in at over four minutes. On “Litvinenko” and Induction Party they prove themselves truly as a product of our time.

Plus support
Roxy Girls: The last six months have seen Roxy Girls light up their homeland releasing a hotly received debut EP which garnered early support from Marc Riley and Tom Robinson at BBC 6 Music (with the band performing for both in session). The band have played a number of shows across the UK earning a reputation for their angular and intoxicatingly idiosyncratic live performances supporting the likes of Drahla, Du Blonde, Flamingods, The Rhythm Method, Crocodiles, Mush, Duds, Thee MVPS and more.