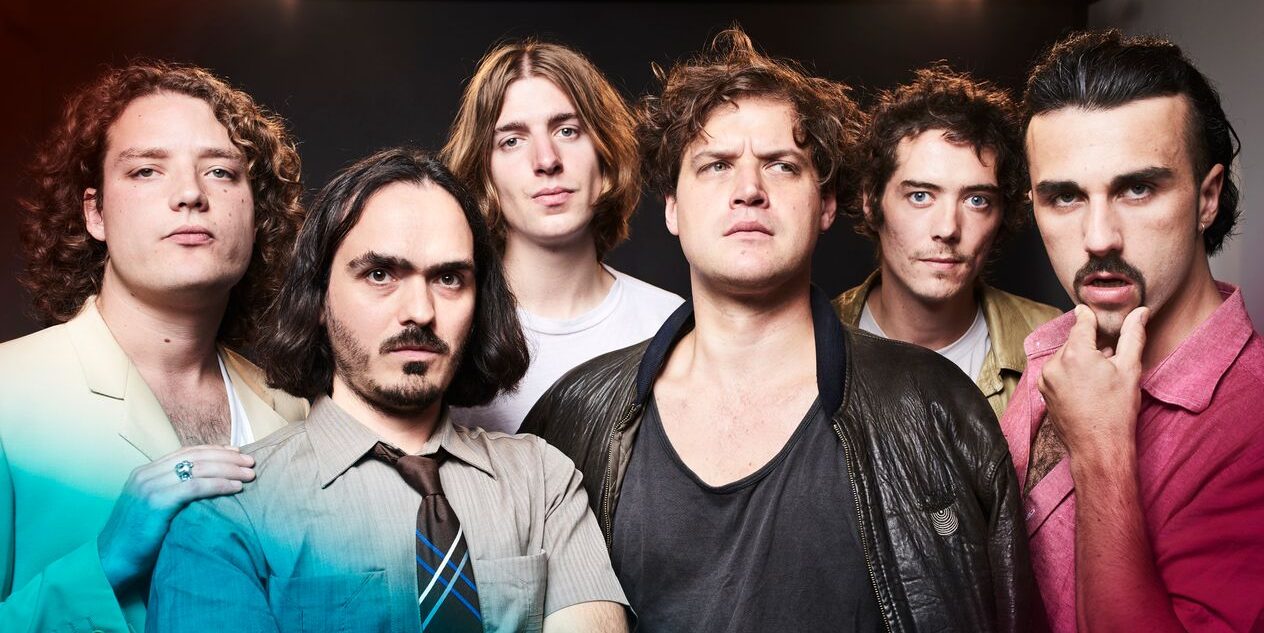 This show has been cancelled. Refunds from point of purchase.

Having built a solid following on South London’s underground circuit, playing venues like the Queen’s Head and the Brixton Windmill and supporting The Fall, 2018 debut LP ‘Miniature World’ marked the dawning of a new era for Phobophobes. Produced by Youth (The Charlatans, Erasure, Shack, The Orb) and featuring a collaboration with Will Self in their late guitarist George Russell’s honor, the six piece now count Steve Lamacq, Lauren Laverne and Iggy Pop amongst their fans.

‘Moustache Mike’ follows 2019 single ‘Blind Muscle’, described as a “shocking, dark, brilliant glam-deconstruction” by NOTION Magazine and a first glimpse of their second album. Demoed between the Brixton Windmill and Bognor Regis, and recorded in Barcelona, Phobophobes are currently finishing their anticipated sophomore LP for release later this year. Phobophobes on Spotify

Plus support:
Home Counties reside in Bristol and combine angular guitar work with furious percussion. Born from the evolution of previous incarnation, Haze – a band ​that made a name for itself supporting the likes of Shame, Sports Team and Pip Blom -​ the 5-piece make melodically rigid, socially-charged anthems that are lyrically tongue-in-cheek and scathingly satirical. Spotify