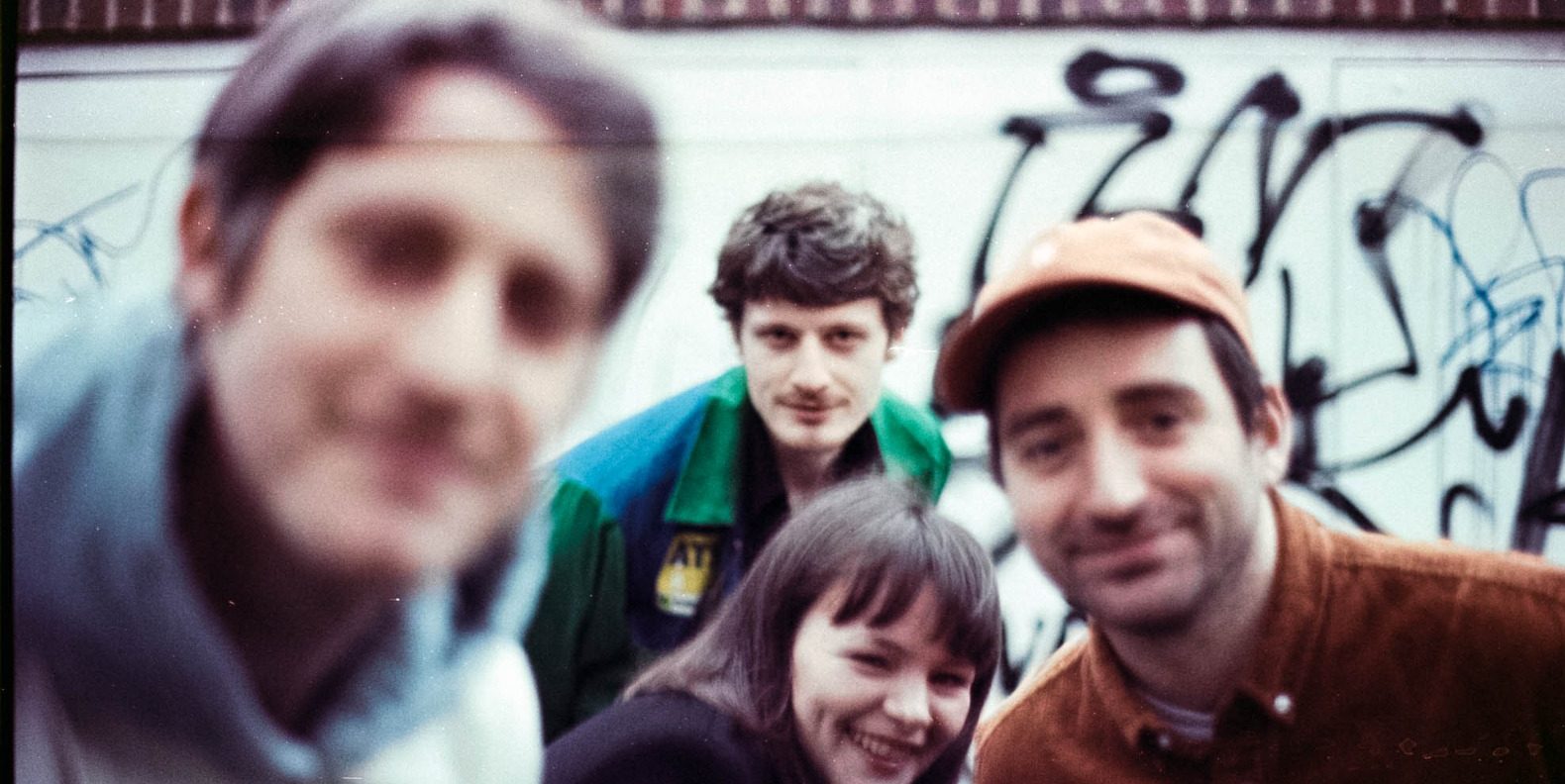 Pynch live in Brighton at The Hope & Ruin on 19th November!
Get tickets with no booking fee above, or from:
Dice

Pynch started life as a collection of demos written and recorded by Spencer Enock in his parent’s basement in Ramsgate. On moving to London to study music in 2017, Spencer met bandmates-to-be Julianna Hopkins and James Rees and swiftly began establishing Pynch as a live act around the capital.

In 2019 Pynch released their debut single, ‘Disco Lights’, on the legendary Speedy Wunderground label, receiving glowing reviews in The Guardian, Clash Magazine and The Line of Best Fit. The band then ended the year by joining The Libertines on their UK tour.

In 2020 Pynch continued their ascent with their second single, ‘Somebody Else’, exposing them to a much larger, global audience and receiving widespread critical acclaim from publications such as So Young, Paste magazine and Indienauta.

The band then ended the year in style with Hard of Hearing Music describing their third single, ‘The Whole Word’s Going Crazy (For Love)’, as ‘an anthemic lo-fi masterpiece’ and Spencer’s brother Scott joining the band on bass.

In 2021, Pynch embarked on their first headline tour of the UK after an 18 months hiatus from live shows due to covid-19. Their latest single, ‘Karaoke’, continues to build on the momentum of their early releases and further establishes the bands distinctive driving lo-fi sound, receiving extensive editorial support from Spotify alongside multiple plays on BBC Radio.

“Four-piece Pynch are the evolution of frontman Spencer Enock’s basement project into fully-fledged indie group. Taking inspiration from LCD Soundsystem, The Strokes, Beach Fossils and The War On Drugs, they fuse soaring guitar melodies and shimmering synths with earnest storytelling through Enock’s lyrics. The cosmic blast debut single Disco Lights, released via label of the moment Speedy Wunderground, was one of 2019’s best tracks, with follow-up Somebody Else proving to be another wondrous effort.” – Rory McKeown, Daily Star https://pynch.bandcamp.com/releases

The venue is only accessible via a flight of stairs however they can offer access via a back door at street level to the venue if mobility is an issue or you use a wheelchair. There are 3 large steps via this route so assistance to gain access and to exit the venue would be required. We can arrange this if you contact us in advance of a show. Please bear in mind that they can only allow access in between bands due to sound issues. Two disabled toilets upstairs, both gender neutral. If you require a carer at the venue, please contact us at info@lovethyneighbourmusic.co.uk for guestlist, with evidence such as a blue badge or access card. If strobe lighting is an issue or if standing for long periods of time is an issue, please contact us in advance. They can provide chairs in the venue although if the event is very busy this will impede visibility. If you wish to make use of a chair to view a gig, we advise arriving early to secure a position. They are happy to accommodate assistance dogs.