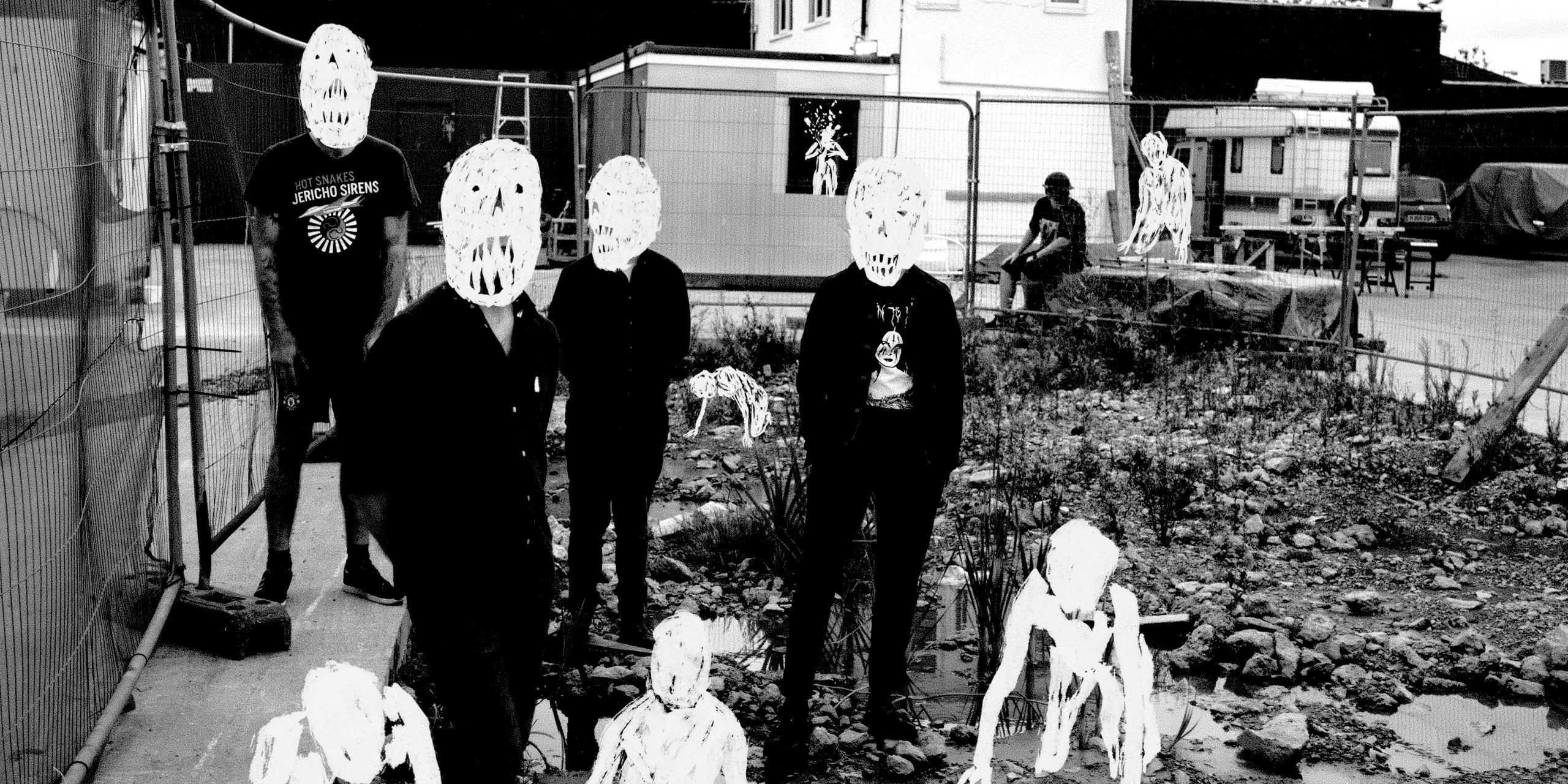 Spectres live in Brighton at The Hope & Ruin on 9th September!
Get tickets with no booking fee above, or from:
Dice

Spectres are a noise rock quartet combining elements of noise, drone, and, to some extent, post-punk. Made up of vocalist/guitarist Joe Hatt, guitarist Adrian Dutt, bassist Dominic Mitchison, and drummer Andy Came. The group’s ascent to widespread critical acclaim both on record and on the stage began with the 2011 EP, Family. The release cemented their penchant for harsh noise and uncomfortable swathes of distortion, enveloping somewhat straightforward, albeit dark, melancholy pop songs. It was this sound that began to earn the band comparisons to pioneering noise acts such as My Bloody Valentine and the Jesus & Mary Chain.

Further success followed when they released their debut album, Dying, in 2015, an effort that gained further comparisons to acts such as Sonic Youth and A Place to Bury Strangers. They were hailed by NME and The Guardian, which stated the band was among those heralding a “new wave of new noise.”

They up their debut with a collection of remixes entitled Dead, which boasted reworkings from the likes of Mogwai’s Stuart Braithwaite and Ride’s Andy Bell. They returned in 2017 with their second LP, Condition. Recorded by Dominic Mitchison and mastered at Abbey Road, the album was a devastating assault of overloaded guitars, harsh textures, and sonic experimentalism.

Accessibility: The venue is only accessible via a flight of stairs however they can offer access via a back door at street level to the venue if mobility is an issue or you use a wheelchair. There are 3 large steps via this route so assistance to gain access and to exit the venue would be required. We can arrange this if you contact us in advance of a show. Please bear in mind that they can only allow access in between bands due to sound issues. Two disabled toilets upstairs, both gender neutral. If you require a carer at the venue, please contact us at info@lovethyneighbourmusic.co.uk for guestlist, with evidence such as a blue badge or access card. If strobe lighting is an issue or if standing for long periods of time is an issue, please contact us in advance. They can provide chairs in the venue although if the event is very busy this will impede visibility. If you wish to make use of a chair to view a gig, we advise arriving early to secure a position. They are happy to accommodate assistance dogs