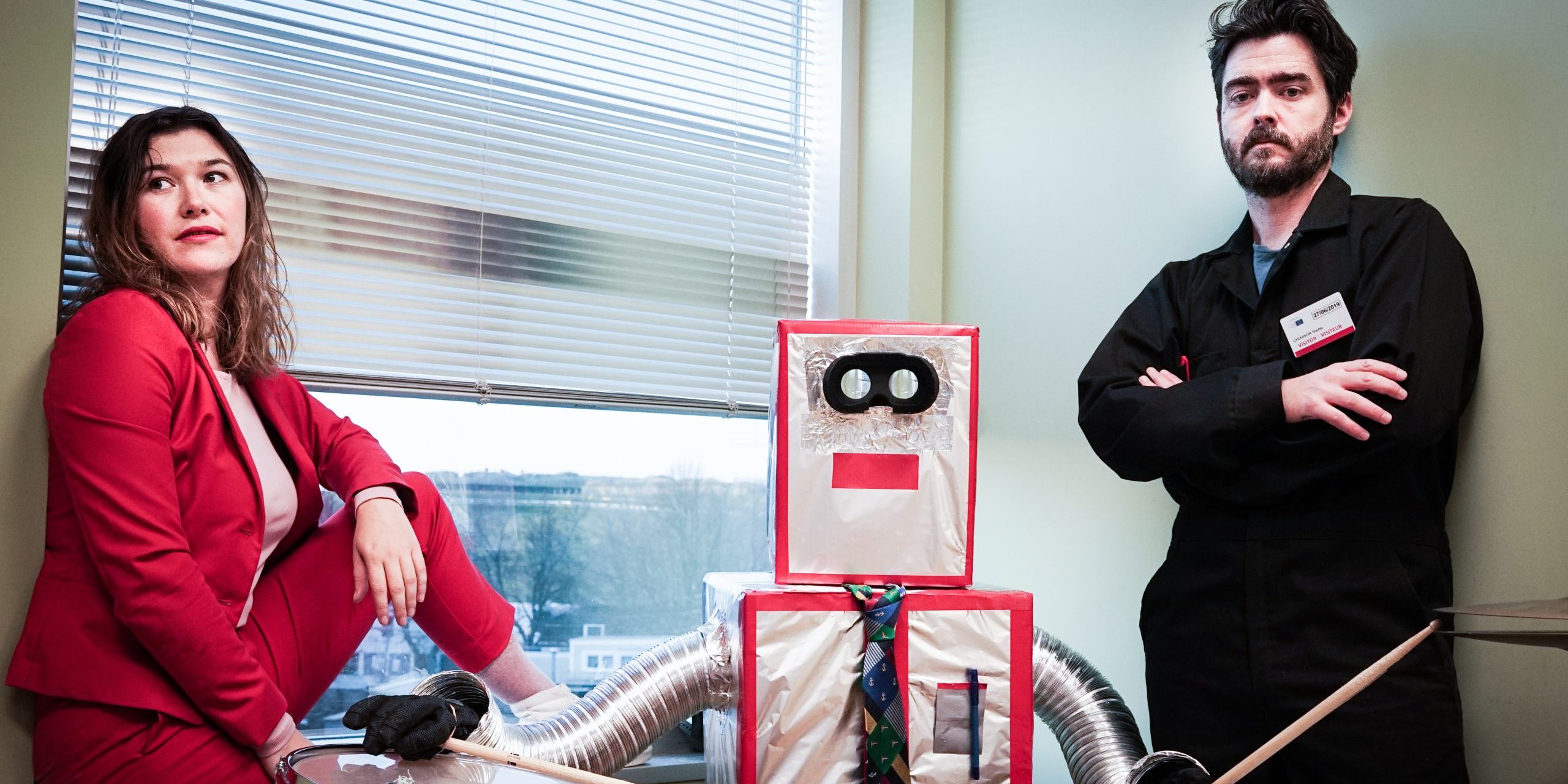 We’re afraid this show has been cancelled. This from Ariel + Matthias:

We’re heartbroken to tell you that our rescheduled “Never Work” release tour has been cancelled yet again, in light of various new restrictions, venue closures, and the general uncertainty of pandemic life. We are also overwhelmed by the cruel irony of not being able to tour our album of songs about precarious labour and the gig economy, and we know you’re all likely feeling a similar sense of precariousness yourselves. We hope you’re OK, and we hope we can play for you all again soon.

We’re delighted to be hosting a very special show for two of our favourite humans, Ariel Sharratt & Mathias Kom (of The Burning Hell) as they present their new LP “Never Work”!

Work is changing. Robots are replacing us. Capitalism is fracturing. We need a new soundtrack—but what do labour songs sound like when the nature of labour itself is so uncertain? With their second duo album Never Work, Ariel Sharratt and Mathias Kom (of Canadian garage-folk band The Burning Hell) search for answers. Accenting acoustic sounds of old-school folk revivals with electronic interference, Never Work explores the gig economy, side-hustles, tech feudalism, class war, unionized digital assistants, rebellious self-service checkout machines, and fully automated luxury communism. Simultaneously earnest and wry, the songs on Never Work are a protest playlist for our collective journey towards oblivion or the beach—or both. http://theburninghell.com/

Plus support:
Paper Beat Scissors is the project of Montreal, Canada’s dislocated-Brit Tim Crabtree. Labelled “Stunning” by the BBC’s “Whispering” Bob Harris, the finger-picked guitar and intricate arrangements all serve to support a voice that enchants and “freezes time” (Folk Radio UK). Over the last 10 years Crabtree has shared the stage with the likes of Martha Wainwright, Sun Kil Moon, Dan Mangan and Tanya Tagaq. In the studio Crabtree has worked with members of Arcade Fire and the new album “Parallel Line” was mixed by Beck engineer Dean Nelson alongside Sandro Perri. http://www.paperbeatscissors.com/