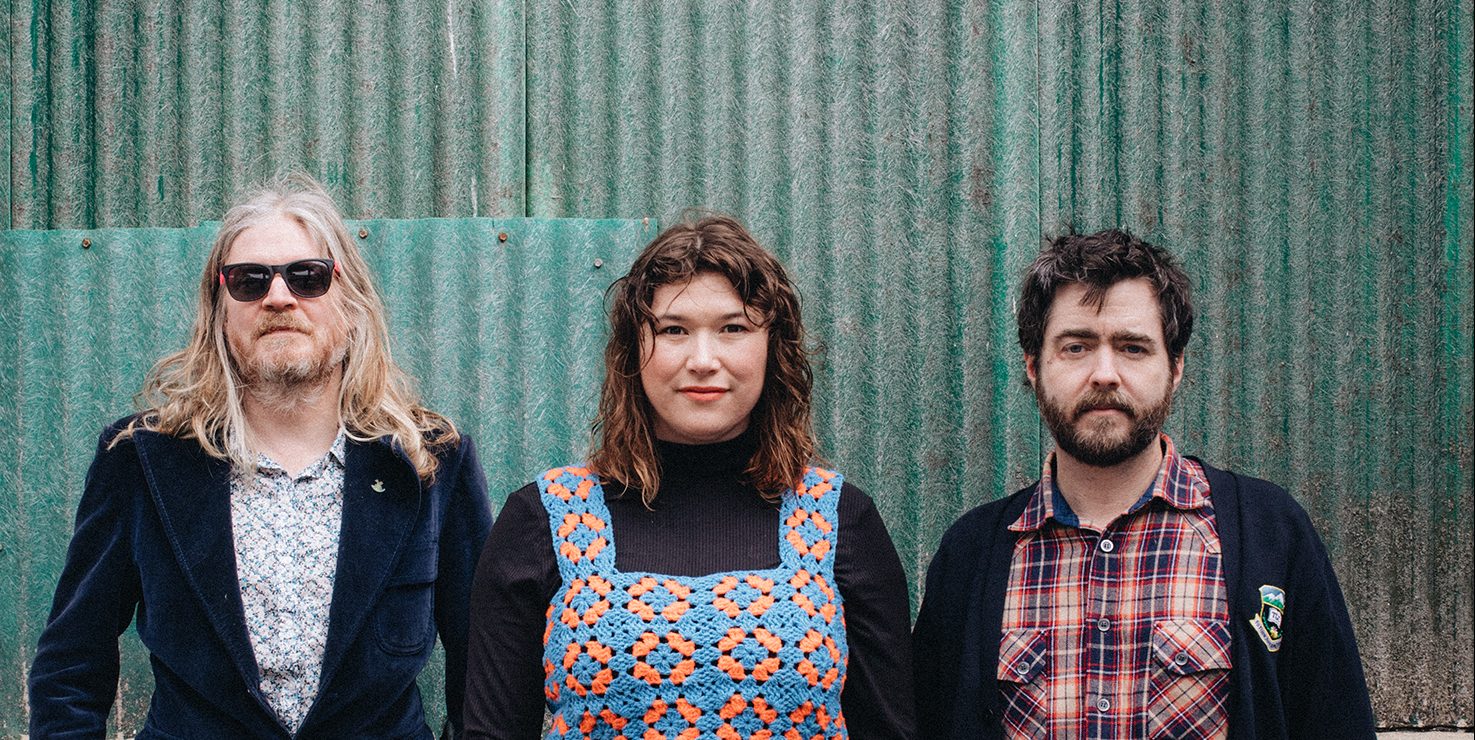 The Burning Hell play Brighton at The Hope & Ruin on Friday 12th November!

There are a handful of tickets lefto on the door.

Canadian garage-pop oddballs The Burning Hell are known for tour schedules as densely packed as their lyrics, and they’re certainly no strangers to adversity on the road, having completed an unofficial world-record-breaking tour of ten shows in ten countries in 24 hours, and in a more typical year playing everywhere from Belarus to the Yukon to the Faroe Islands to far above the Arctic Circle in Norway.

But the coronavirus pandemic has kept them unusually grounded, and their upcoming tour dates in November 2021 are the result of two consecutive reschedulings. Band members Ariel Sharratt and Mathias Kom released a duo album of labour songs for the gig economy called “Never Work” on May 1, 2020, but they’ll be taking the full band on the road with them this autumn, playing songs from “Never Work,” new songs about birds and the apocalypse from their upcoming record, as well as plenty of older favourites.

The Burning Hell has always been a joyous, celebratory live band, and after a year and a half of pacing around inside, they’re more eager than ever to hit the road again and play and sing their hearts out wherever they go. theburninghell.com

Paper Beat Scissors is the project of Montreal, Canada’s dislocated-Brit Tim Crabtree. Labelled “Stunning” by the BBC’s “Whispering” Bob Harris, the finger-picked guitar and intricate arrangements all serve to support a voice that enchants and “freezes time” (Folk Radio UK). Over the last 10 years Crabtree has shared the stage with the likes of Martha Wainwright, Sun Kil Moon, Dan Mangan and Tanya Tagaq. In the studio Crabtree has worked with members of Arcade Fire and the new album “Parallel Line” was mixed by Beck engineer Dean Nelson alongside Sandro Perri. paperbeatscissors.com

The venue is only accessible via a flight of stairs however they can offer access via a back door at street level to the venue if mobility is an issue or you use a wheelchair. There are 3 large steps via this route so assistance to gain access and to exit the venue would be required. We can arrange this if you contact us in advance of a show. Please bear in mind that they can only allow access in between bands due to sound issues. Two disabled toilets upstairs, both gender neutral. If you require a carer at the venue, please contact us at info@lovethyneighbourmusic.co.uk for guestlist, with evidence such as a blue badge or access card. If strobe lighting or if standing for long periods of time is an issue, please contact us in advance. They can provide chairs in the venue although if the event is very busy this will impede visibility. If you wish to make use of a chair to view a gig, we advise arriving early to secure a position. They are happy to accommodate assistance dogs.