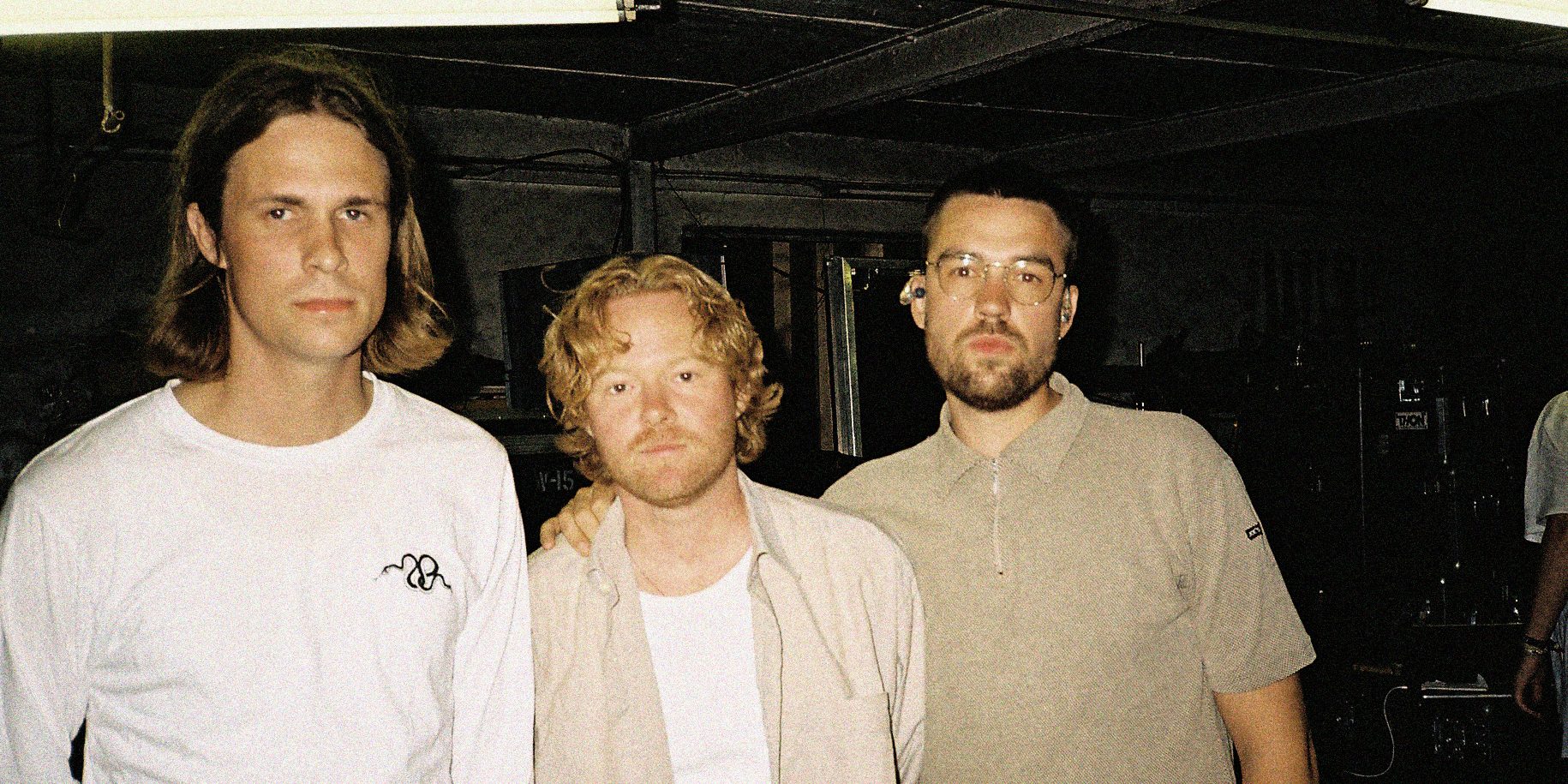 Get free tickets above or from:

The Entrepreneurs started out as a duo when bass player Anders Hvass and singer guitarist Mathias Bertelsen met in their teens starting high school in northern Denmark.

They grew up in Thy, a rural region of Denmark, known for its creative environment and progressive youth culture, despite – or maybe because of – its remote location. As they grew older and craved new impressions, they moved across the country to Copenhagen, where they met Jonas Wetterslev who became the live drummer for their newly started band. Jonas quickly became more than just a live drummer and lead to The Entrepreneurs expanding into a trio.

After touring extensively with their debut EP, the trio gained a reputation as one of the fiercest live bands in Denmark bringing their aesthetically rich and experimental variations on some rock’s most significant sub-genres like punk, grunge and post-rock to both Denmark’s main venues and the stages of such festivals as Roskilde Festival, Spot Festival, EuroSonic, Bylarm etc. In February 2019 the band released their debut album “Noise & Romance” on adventurous indie label TAMBOURHINOCEROS.

Noise & Romance is a lavish experience from start to finish. The grunge-and post rock-inspired album opener “Session 1” sets the tone with a big and wide guitar riff, explosive drums and Mathias Bertelsens signature vocals that brings it all together.
Since their 2016 debut-EP Jonas Wetterslev, Anders Hvass and Mathias Bertelsen have grown into an intriguing alternative rock-band ready to take on the world.
https://theentrepreneurs.bandcamp.com/

Plus support
Monakis: are a Brighton based alternative rock band. The 3-Piece combines traditional punk rock with modern rock reminiscent of IDLES, with a Cockney Rejects twang. Expect high energy and big riffs.