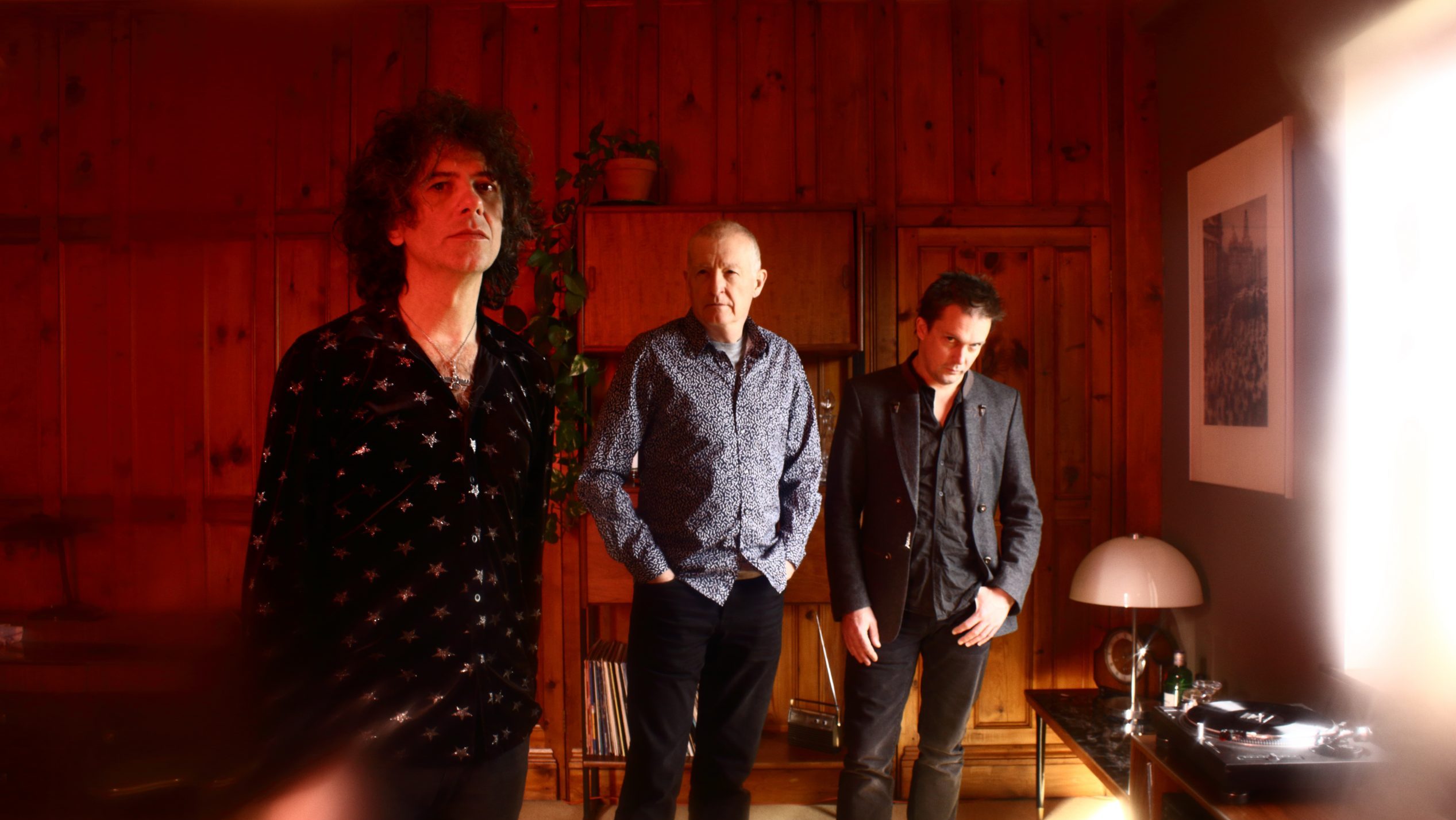 Call it synchronicity, call it happenstance, call it no more than three friends getting together to give their speakers a workout. Yet The Utopia Strong’s formidable conflagration of psychedelic radiance and beatific harmony has evolved way beyond all or any expectations since the band’s inception.. ‘International Treasure’ chronicles the collaborative collision of Steve Davis, Kavus Torabi and Mike York heading into unchartered psychic territory, seemingly with nothing but their instincts as co-ordinates.

What’s resulted is a step beyond anything either band or audience might have expected – a deeply rewarding voyage into inner space which moves into darker and still more evocative sound-worlds whilst remaining fundamentally off the map. Influences know no bounds in this context, and the
listener would be forgiven for locating the atmospheres and soundscapes of this album on some sonic promontory above and between the potent abstractions of Tim Hecker, the improvisatory excursions of The Necks, and the gothic allure of Bohren Und Der Club Of Gore.

‘International Treasure’’ is the next chapter in a story which only grows more rewarding with every stop along the way – one in which three heads travel together deeper into their own musical journeys, and the resulting alchemical power transmutes its origins into gold. As no less a sage than Andrew Weatherall proclaimed, The Utopia Strong are “gnostic sonics in a nutshell”. theutopiastrong.bandcamp.com

The Radiophonic Workshop collaborator, MATTHS (Matt Hodson) is a familiar name in the electronic music world and will highlight his his new direction of heavy experimental techno. Listen to his new single ‘Audition’ now: https://open.spotify.com/track/2YfO43o7ZxtpaXm8nDQBgi?si=6d9f92cd85da4b75