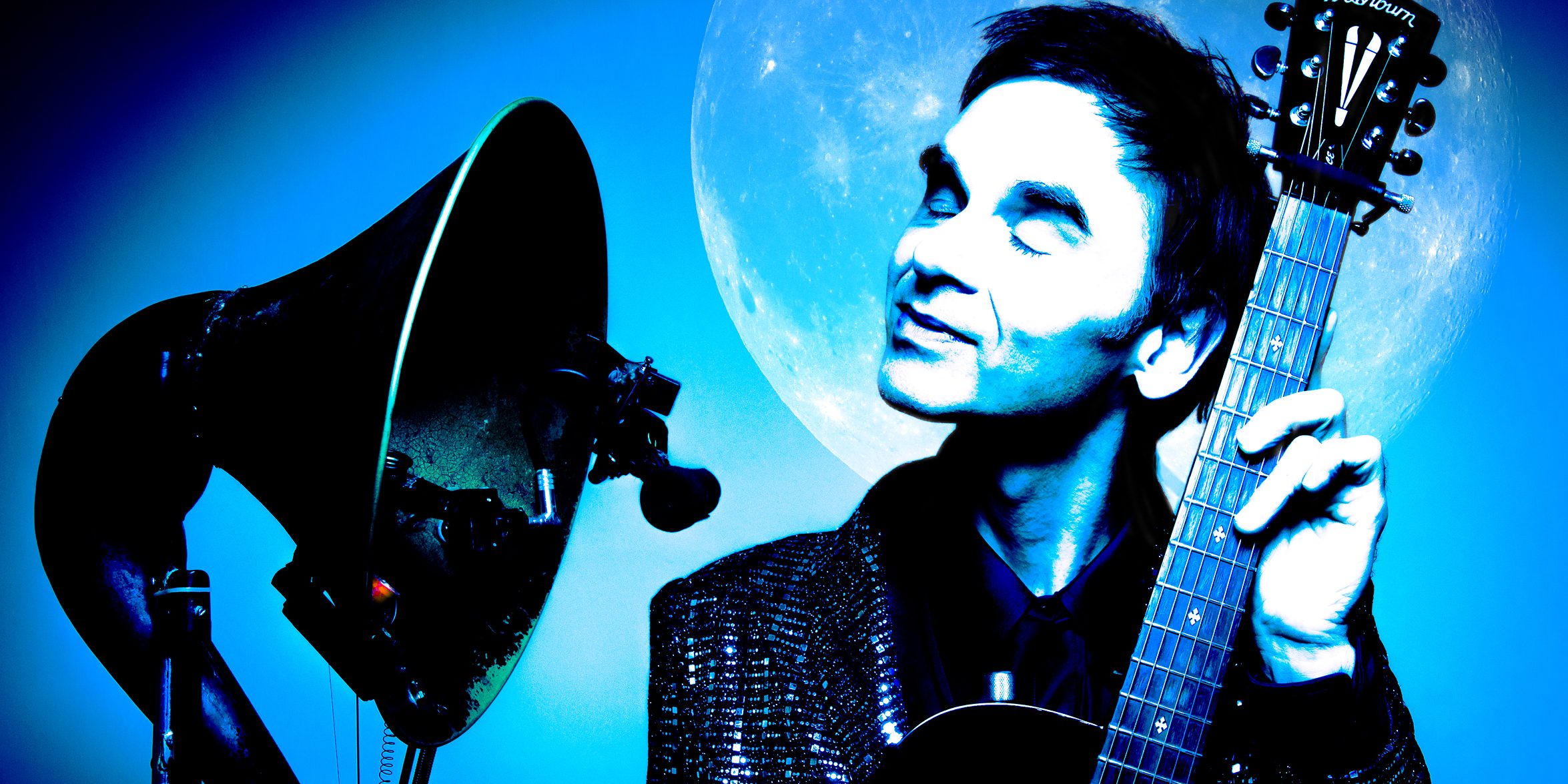 This show has been rescheduled from April + October 2020 and May 2021. Original tickets remain valid.

Merging a fevered imagination and solid songwriting with a mad scientist’s brain for weird gadgets, American singer Thomas Truax is a true one-off. After riding the album/tour/album/tour cycle perpetually over nearly two decades with these ‘band mates’, Thomas decided it was due time to dedicate himself to expanding the menagerie with some new musical contraptions.

Bolstered by his Bandcamp supporters and some Arts Council England funding, he devoted much of last year to dreaming up and building these special new music making machines which, along with his familiar friends, will make their first live appearance on this tour.

UNCUT magazine says “Truax is shaping up nicely as one of the great rock eccentrics” while Splendid magazine called him “one of the five or ten best singer/songwriters in the world that you’ve never heard of…an exceptional talent.”