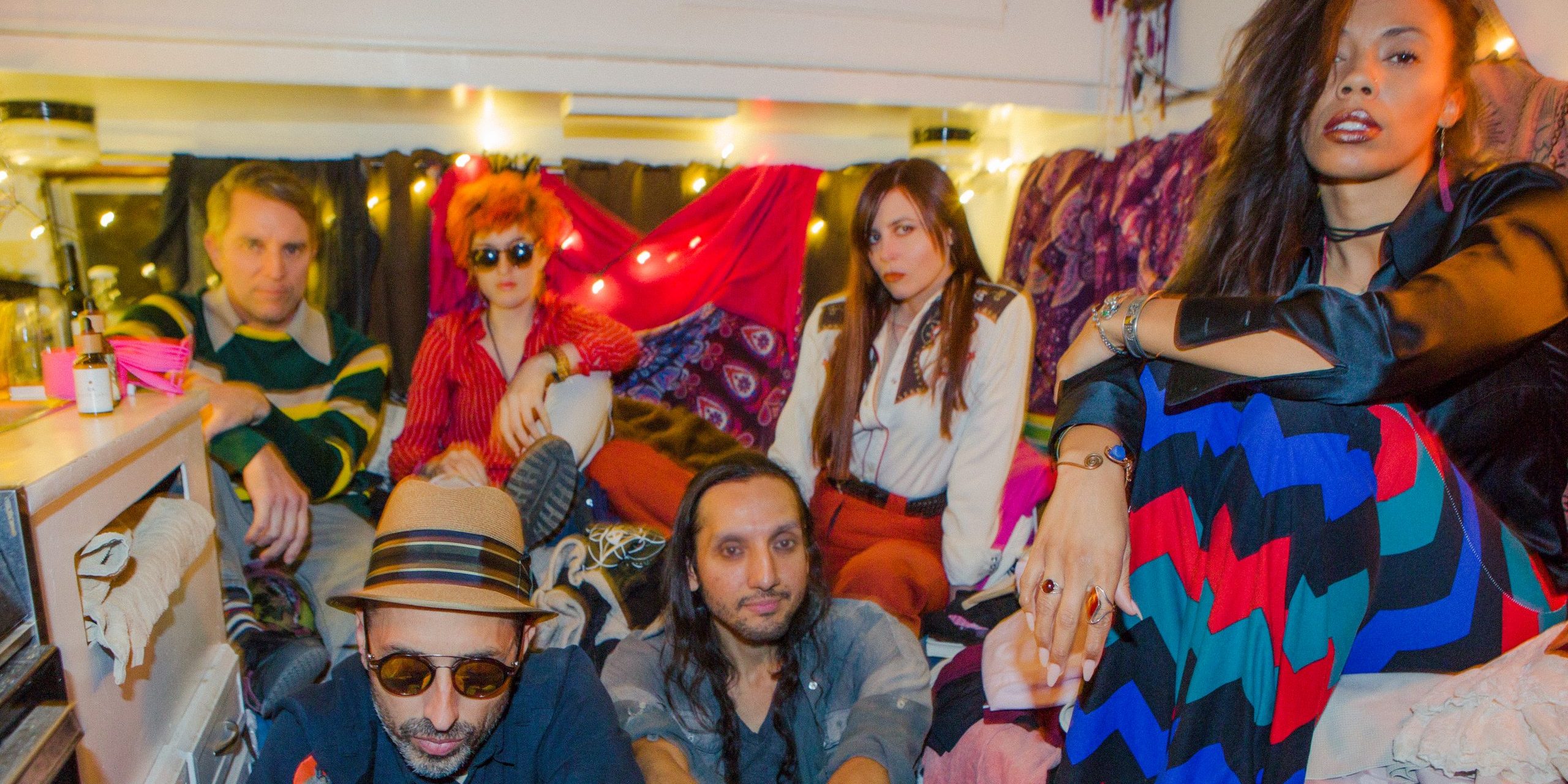 Unfortnately this show has been cancelled. Refunds from point of purchase.

It’s been a staggering 50 years since Sly & the Family Stone took to the stage in Woodstock at half past three in the morning and left it an hour later, completely unaware of the fact that they had just changed the world. Half a century later, the sheer power, the brimming passion of that iconic and trailblazing funk rock performance continues to impress and leave its mark on the generations that came after them. One of them is Long Beach based world citizen, Matt Wignall (WARGIRL guitarist and producer). “How can anyone watch that and not be riveted?” he asks in sheer wonder. “It’s such a moving performance. Absolute belief and commitment. When we first saw that as kids it was like, wait a second, I’ve never seen anything like that. How do I do that?” Problem was: how to create a multicultural, gender diverse band in a natural way.

With this intent set, he simply stayed true to the working class/melting pot mantra of his west coast home and brought WARGIRL into existence with local acquaintances, a sixheaded circle of like-minded people from different backgrounds and cultures that’s bringing back defiance and edge into their unique brand of psychedelic-funk-disco, wonderfully illustrated on their sublime new album for Hamburg, Germany based label Clouds Hill. To Wignall, this approach is Long Beach to the core. “It’s one of the last places in Southern California where normal people can afford to live without being rich.” he states. “For this reason there has always been a strong presence of underdog artists here.” He’s pretty sure WARGIRL as a band wouldn’t exist had it not been for the clash of cultures there. “Hip-hop, punk, latin, alternative, blues… it all has some bit of edge on it when it comes from Long Beach.”

WARGIRL has it, too. Three women, three men, brought together by that eclectic West Coast life, their love for freedom and liberation and their burning passion to put on intense party like live shows. Uniting The Clash, Sade, classic reggae and afrobeat into an explosive cocktail with garage gusto and a beautiful rawness, their new album showcases WARGIRL staying true to their roots and the cultural climate they became artists in. And make no mistake, even though their luscious brew of rock, funk, reggae and assorted psychedelia sounds wonderfully uplifting and catchy, it has a decidedly defiant edge to it. They nod excitedly,“We are contrary people gravitating towards concepts like anarchy. We are not big fans of power hungry war mongering governments. We prefer love and kindness and lifting up our fellow humans. We hope we can make something that is empowering everyone and reminding us to reject the power structures that treat us as taxable cattle.”